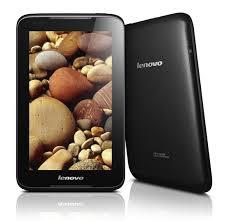 The Lenovo A1000 smartphone does not support all the connectivity features as its connectivity features includes USB ports, Bluetooth v3.0 and Wi-Fi 802.11 b/g/n. The smartphone as far lacks the infrared and A2DP connectivity which may disappoint the users. This smartphone runs on Android OS, v4.1.2 (Jelly Bean) OS platform for faster and smoother performance. The quad-core 1.2 GHz processor in this device ensures smooth performance and the 1024 MB RAM helps in multitasking. We can call this smartphone a 3G handset as the smartphone also supports the 3G technology. There is a negative point in the smartphone i.e. the device as far lacks the dual SIM technology. The smartphone may sad the users who are looking for dual SIM slot device. The device supports QWERTY keypad for easy and fast typing. The operating frequency of the network of smartphone is GSM 850 /900 /1800 /1900 MHz and comes loaded with A-GPS facility.

Entertainment and other features

Key features of Lenovo A1000 smartphone

The Lenovo A1000 smartphone is using 16GB internal memory and memory card expansion with a maximum 32 GB microSD external use memory card, whether it is loaded videos, music, or a variety of use. Hence, it is the large storage capacity smartphone. The smartphone is equipped with 1.2 GHz quad core processor and comes loaded with 1024 MB RAM which helps in multitasking. This device packs the latest features and provides great flexibility for the user. The Lenovo A1000 has a 7-inch display, large, front-facing speakers that would offers enhanced audio experience for music or movies along with Dolby Digital Plus support. The smartphone is available only in Black and White colors. If you have made a mind to buy a latest smartphone from Lenovo in the coming month so Lenovo A1000 smartphone will be a good option for you but the last decision is yours. Currently, we need to wait for its complete launch in the market.