Eventually, amidst many rumors circulating around internet, Samsung has officially announced the arrival of Samsung Galaxy S4 mini. It's a cut-down, smaller version of Galaxy S4, which was launched earlier this year. Unfortunately, the info on exact launch date and how much does Galaxy S4 mini cost is yet to be known. We can expect majority of the Samsung branded software like S Travel, S Translator and so on in it. Samsung had recently introduced Galaxy S4 smartphone in India for Rs. 41, 500.

Why are you still waiting then? Let us have a glance over the features and specs of Samsung Galaxy S4 mini. 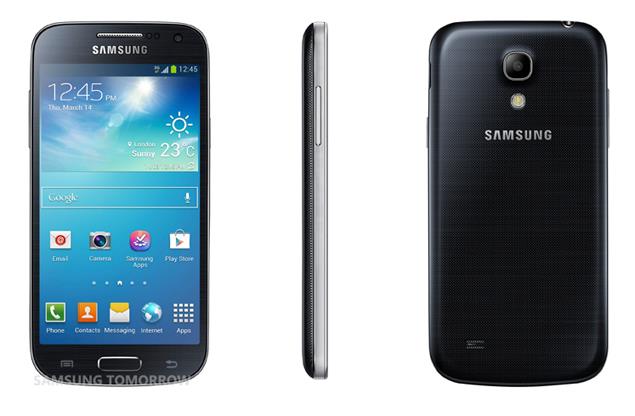 As the name itself indicates that Samsung Galaxy S4 mini is a step down version of Galaxy S4. However, it comes with the similar design and looks like S4. Samsung has announced that S4 mini will be offered in three versions: an LTE (4G) version, 3G dual sim version and a 3G version.

Processor and OS:The yet to come smartphone, runs on latest operating system, Android 2.2 Jelly Bean with TouchWiz layer on top of it. The device is engineered with a dual-core 1.7 GHz mobile processor. And also it has a 1.5 GB RAM for fair processing. So users can experience fast internet and gaming services with these specs.

Memory: In terms of memory, Samsung Galaxy S4 mini houses an 8 GB built in memory out of which 5 GB can be used by the phone owner for his content. However, it can be further expanded up to 64 GB with the help of a microSD card, for which a dedicated memory slot is being provided inside. Usually, we have been seeing most of the recent high-end smartphones with the same memory capabilities.

Camera: The smart device will feature an 8 MP auto-focus camera at the rear that supports a variety of features like HDR, Sound and Shot, Panorama, Continous Shot and more. It also has a 1.9 megapixel HD camera at front for video chatting. In addition to this, the images captured using the Samsung Galaxy S4 mini are automatically collected and saved according to the user's timeline, geo-tagging information, or a specific event to create a photo album.

Connectivity: For connectivity, the handset encompasses many latest features like Dual-band Wi-Fi a/b/g/n, Wi-Fi hotspot, GPS receiver with A-GPS and GLONASS, FM radio, NFC(LTE version only), bluetooth v4.0 and so on.

Battery: This feature plays an important role in any electronic device. For this purpose, the Samsung Galaxy S4 mini packs a 1900mAh battery. As it being a rich featured smart device, Samung could have provisioned with more powerful battery capabilities than now.

Other features: Apart from the aforementioned features, Samsung Galaxy S4 mini sports some of the interesting features like S Travel, S Voice, S Health (Can download from Samsung Apps), Safety Assistance, Samsung Link, Screen Mirroring and more. Along with these, it is expected to have Air view, Air gestures and many other amusing features.

It's time to wrap up now. Knowing its specs and features, most of the people are eagerly waiting for the release of Samsung Galaxy S4 mini. However, there is no official word on its release date, price and availability details as well. So folks let us be patient till is launched and mean while you can have your opinion on this upcoming smartphone via comments below. What's your idea? Are you going to buy it?

Samsung Galaxy S4 Mini likely to be launched this summer

After the official launch of Samsung Galaxy S4 on March 14, 2013, Samsung is venturing on another device Samsung Galaxy S4 Mini with 4.3 inch super AMOLED HD display and 1.6 GHz dual core processor running on Android 4.2.2 (Jelly Bean) OS which might be launched sometime in June or July this year. Read about this sensational news in this article.