Xbox history in a nut shell 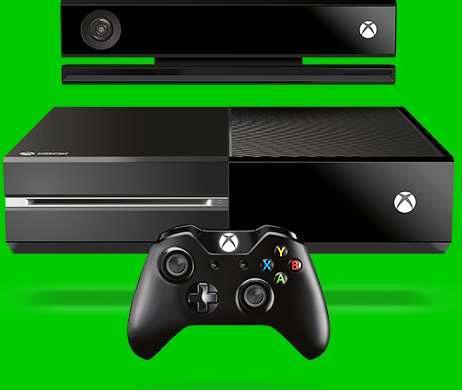 The home gaming console, that came into being in 1967, before Microsoft invented Xbox, was known as Brown Box. Bill Gates unveiled the Microsoft Xbox at the Game Developers Conference in San Jose, California on March 10, 2000. This was released in North America on November 15, 2001, with a built-in memory of 64MB of DDR SD RAM. This enabled the people to play games online against other people for the first time. Microsoft announced at 2002 International Consumers Electronics Show, that it had sold around 1.5 million units of Xbox within just one and half months of its release. Green Xbox was released in Europe in 2003. This was followed by a limited edition release of Xbox called, Halo Box in the US, Australia and New Zeeland in 2004. Xbox 360, the predecessor of the Xbox One, which was released on November 20, 2005 in Japan followed by the US and Canada on November 21, 2005 and other countries on later dates. Xbox 360 has ruled the gaming world for eight years and competed with Sony's Play Station 3 and Ninetendo's Wii. According to Microsoft, 53.6 million units of Xbox 360 were sold worldwide as of March 31, 2011. Microsoft released Xbox 360 Elite on April 29, 2007 with a 120GB hard drive. On July 1, 2010, Microsoft released Xbox 360 S (Slim) with 250GB of hard drive and integrated Wi-Fi functionality with it. The much talked about Kinect was integrated with Xbox 360 on November 4, 2010. This gave the Xbox 360 a controller free gaming and entertainment experience. Then, it was predicted that, Xbox 720 will be the future game console from Microsoft. However, Microsoft announced its new gaming console on May 21, 2013 in Washington. But, did not name it Xbox 360, instead called it Xbox One.

Release date of Xbox One

According to the information revealed by Microsoft, its next generation Xbox One, will be released worldwide by the end of the year. It will be pertinent to note that, Sony has not yet confirmed the launch of its Play Station 4. It is not even known, whether Sony's PS4 will be launched in territories outside the US and Japan before 2014. Going by the history of the release date of Microsoft Xbox consoles, you will note that, Xbox was released on November 15, 2001. Similarly, Xbox 360 was released in Japan on November 20, 2005, in the US and Canada on November 21, 2005 and Europe on December 2, 2005. It is quite likely that, Microsoft will repeat the history third time and may release Xbox One sometime in the month of November 2013. If Sony's release of Play Station 4 is also set around this time, the people will have a lot of choice for buying the next generation game console, before the Christmas buying season. Let us now see, what features, the new Xbox One is going to have.

Features and specifications of Xbox One


After having discussed the brief history of Xbox and their release dates, now let us have a glance at the features and specifications of Xbox One:

Designed to match the décor of your living room 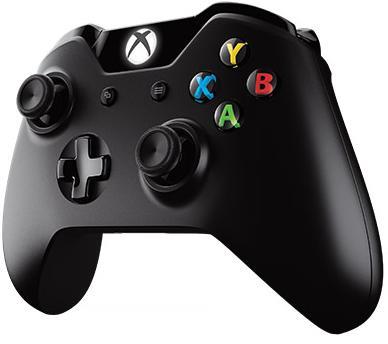 The new Xbox One is going to give the users a never had before entertainment experience, with the innovations introduced in the new console. It has an iconic design. It is slim and sleek. It has sharp corners with clean lines to make it look as a wonderful piece of décor for one's living room.

Original rumours indicated that, the processor of Xbox One will be developed by IBM using PowerPC cores. But, as it was revealed by Microsoft that, this job is now taken by AMD. AMD will use its x86 architecture to give the Xbox One an 8-core processing power. This will make the switching between the games and other entertainment apps, very fast and easy. The feature HDMI pass-thru will enable the users to watch TV through their Xbox One. They have to just connect the cable or satellite box to the Xbox One to handle the job with ease and precision. The new Xbox One comes loaded with 800GB RAM. It has a 500GB hard drive. This will give the gamers to store large number of games, demos, movies, apps, music etc. Blu-ray has become one of the most widely used formats these days, which is capable of dealing with next-gen games. Microsoft has introduced the feature in the new Xbox One. Whereby, you can watch movies and play games in stunning HD with a Blu-ray player.

State of the art gaming OS

Microsoft revealed that, it has created a latest gaming OS, fusing it together with a powerful Windows OS. As claimed by the company, the Xbox One has been designed to be the most advanced gaming console ever. It will be the best entertainment console according to Microsoft. This has been made possible by the company's unprecedented effort to make its gaming OS to integrate with Windows OS. The users can now watch TV, run a host of apps along with playing the game without sacrificing the performance of any of them.

Xbox One is always ready for you to play the game, watch TV, listen to music or use apps. It wakes up instantly and thus, saves the waiting time. You are always ready to swap between a game, TV, movie, music or any other app, without losing any time. In case you want to chat with a friend using Skype, while playing a game, you can just snap to split the screen into two and chat with your friends at the same time, when you are playing the game. Just install the game and you can play immediately without any waiting time. Even, the updates will keep on installing in the background without interrupting your game play.

Power of the cloud harnessed and your games stay in sync with the world.

Your games always remain synchronized with the rest of the world. The player stats in your sports game will be updated automatically based on the weekend's results. This is being done by harnessing the power of the cloud.

A super computer in your living room

Experience the power of cloud with new generation of Xbox Live

The cloud features combined with the new generation of Xbox Live will bring every member of the Xbox community together. You will be connected to a great number of songs, TV shows, games, movies and sports. Everything will be stored in the cloud including your profile and your games. Microsoft provides you this all-in-one service and your Xbox Live Gold membership will work on both Xbox 360 and Xbox One. 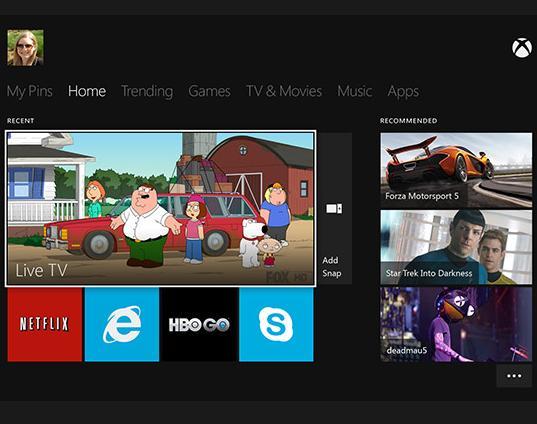 Xbox One is provided with a living game technology. Your games will keep going on even when you are not playing. The advanced artificial intelligence can learn to play like you. So, if you are temporarily away from your game, your friends can still play against your shadow created by this advanced technology.

While you are playing and in the middle of the game, you want to check sports scores. You can easily do with the auto-resume feature of Xbox One. Your game will be suspended, where you leave off and the auto-resume feature will help to play instantly from the same spot. Let us take an example. You have an Xbox One, and you had been watching a movie or playing a game. Suddenly, you had to leave the movie or game in the middle to visit your friend or a relative. Suppose your friend or the relative also have an Xbox One, then you can watch the movie or game on your friend's or relative's Xbox One from the point, where you left it on your Xbox One at home.

An all-new Kinetic introduced in Xbox One

As we have read that, Kinetic was integrated with Xbox 360 in November 2010, which has given us a controller free gaming and entertainment experience. Microsoft has completely re-engineered Kinetic and has introduced an all new Kinetic in Xbox One. The new Kinetic has an unparalleled voice, vision and motion technology. It has made to look your gaming experience as it was never before. There is an automatic sign-in, as soon as you enter the room. Your gestures will accelerate the game. You can now navigate through your favourite TV channels just with the sound of your voice. Kinetic Real Vision technology expands its field of view. There is an all-new active IR camera. This will enable you to see even in the dark. The advanced 3D geometry used in Xbox One will even tell you, if you are standing off-balance. Even the slightest of the gestures get tracked by Kinetic Real Motion technology. Kinetic Real Voice technology working with all-new multi-microphone array will even let Kinetic know, who to listen to even in a crowded room. Your voice can do all the work for you.

Xbox SmartGlass gets everything together now

Microsoft has introduced a beefed up version of its Smart Glass system, which had a limited use in Xbox 360. The new SmartGlass technology can immediately turn your mobile phone or a tablet into a second screen. This screen will then interact with your Xbox One. This will enable navigation with touch screen, pinch and even tap to surf the web on your TV. Your wireless devices become ideal companions to your Xbox One. So, this makes it clear that, the Smart Glass technology of Microsoft is now designed to closely work with Microsoft's own Windows Phone 8 smartphones as well as the smartphones run on iOS and Android.

According to Microsoft, Xbox One will be released worldwide by the end of the year. But, the past experience shows that, the Microsoft first released its Xbox 360 in Japan, the US and Canada. It took about two weeks to release it in Europe. It took more time to release it in other countries of the world. In India, it was released only after about 6 – 7 months from the date of its release. It is quite likely, that Microsoft may follow a similar strategy for the release of Xbox One in various countries of the world. There are rumours about price speculations of the new product. Its price will also be affected by the release of Sony Play Station 4, which is likely to be released sooner or later than the release of Microsoft Xbox One.

There are still over six months left from now to get Microsoft Xbox One in our hands. During this period, there may be some more information available about the game console from time to time, especially with regard to its price and availability. We shall be updating this article with the latest information about Xbox One as and when it is available.

Read Why you shouldn't buy consoles at launch dates

Looking for detailed comparison between latest Sony Playstation 4 and Microsoft Xbox One gaming consoles? Want to know which gaming console is the winner between PS4 and Xbox One? In this article, you will find comparisons between reviews of PS4 and reviews of Xbox One. Please read further to know about the difference in features, software, design, hardware and price while comparing Xbox One and Sony PS4.

Have a look at the best 5 upcoming Xbox One games in 2014. I have included shooting, action, RPG, and racing games with a brief review. Find the latest Xbox One games.

XBox One -the new Gaming console from Microsoft

Microsoft has recently released its new Gaming console "XBox One" this Tuesday. It is better and advanced when compared to its previous generations. See below for the features it possesses.

How does this launch title of Xbox One fares in terms of gameplay and narrative? Is it anything beyond zombie-stomping? Let's find out in this review.