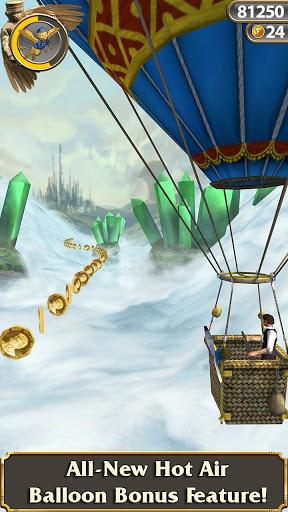 You may have heard of this famous game. Temple Run: OZ is the latest game in the Temple Run series. The game is developed by Disney which is one of the world's best developers. Temple Run: OZ is compatible with almost every device. It gives great background details and visual graphics. Temple Run: OZ is inspired by its predecessor, Temple Run 2 and the film OZ. So, the inspiration for the impressive environments featured in the game is taken from this film. You can explore the various locations in this game and you can even enjoy flying in a hot air balloon. With these impressive features, the game is definitely not free. Temple Run: OZ will cost you $.99 only. You will get 1500 bonus coins from which you can buy various exciting power-ups from the shop.

Asphalt 7 is another great game for android devices. Asphalt 7 is the latest game in the Asphalt series and is developed by Gameloft. It is one of the best racing games and can be played on almost any android device (just check the compatibility from Google Play Store). With more than 60 different cars from world's top-most manufacturers like Aston Martin, Ferrari and Lamborghini, Asphalt 7 gives great driving experience. The game allows you to race in real cities which include Paris, Miami, Hawaii and London. One of the most impressive features in this game is its multiplayer mode that allows up to 5 players at a time. You can play the multiplayer mode offline or online. Get this thrilling game from Google Play Store at a price of $0.9 and start racing.

Need for Speed: Most Wanted 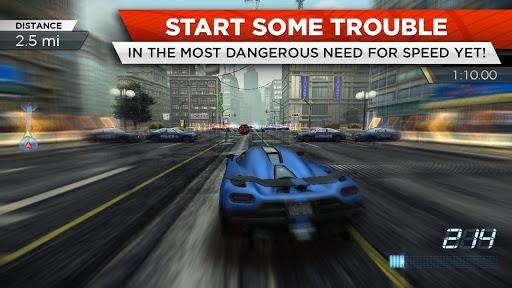 Do you want to make your Android device just like your PC? If yes, then forget about Asphalt 7 and get this game right away. Need for Speed: Most Wanted comes from the famous developer EA Swiss Sarl. Now, the game is available for download. To enjoy this game, your android device must have high GPU. The most exciting feature of this game is its awesome graphics. The gameplay and storyline of Need for Speed: Most Wanted is entirely different from that in the actual PC game but its visual graphics, textures, effects and background details like environments, background & music make it even more attractive. The game lets you drive cars from the world's top-most manufacturers. These cars can also be customized. This addictive game requires around 2GB of free space on your device. You will have to download more than 550 MB data to start playing the game.

Are you a tennis lover? Did you ever imagine playing tennis on your android smart device? Virtua Tennis Challenge is a top rated tennis game on Google Play Store. The android game has such exciting features that you actually feel you are playing tennis. Virtua Tennis Challenge uses touch gestures for slice shots, drop shots, top spins, lobs and other functions. If you are not comfortable with the touch gestures, you can switch to the virtual pad control for input. Virtua Tennis Challenge has many modes like Training mode, SPT world tour, Exhibition mode, Multiplayer mode and Quick match mode. Using the Multiplayer mode, you can play this game with your friends through Bluetooth. Using the Quick match mode, a player can go through single challenges and increase rankings.

This is a cute little game with an excellent graphics support and simple controls. It has various gameplay modes like Classic, Zen and New Arcade. The objective of the player is to slice down the fruits like a ninja warrior. The fruits can be easily sliced by swiping your fingers across them. This game comes with exciting power-ups like Freeze, Double score and Fenzy. You can even unlock the blades and backgrounds by going through the Bonus Dojo level. Fruit Ninja allows the players to post their scores on the Global Leaderboard via Openfeint.

Though some of the games listed here are not free, these games are awesome and worth buying. They have great graphic details and are extremely enjoyable. There are other games also available on Google Play Store. Visit the store, download your favorite game on your android device and start playing.

Google has launched its "Google Play Games" app in order to enhance the gaming experience of Android users. The app is finally available in Play Store for free. Read the article to know more about this app.