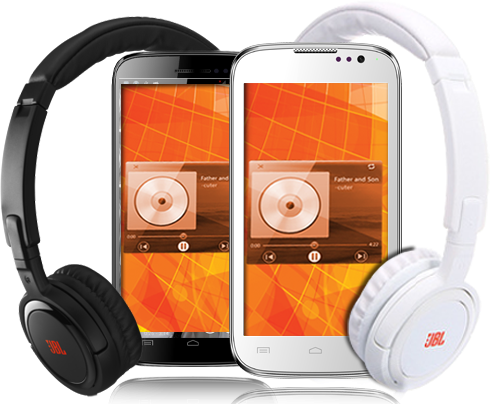 Every one of us knows that Micromax has made great strides in the Indian Mobile industry. It is presently one of the leading mobile brands in the Indian market. The mobile phone data analysts say that Micromax is the world's 12th largest company as far shipments of mobile handsets is concerned. Since the time of launching its Canvas series of budget smartphones, the company has made a tremendous progress in the mobile phone markets of the world. So much so, that the name Canvas has almost become synonymous with the name of the company. The way some of the famous international brands like Samsung and Nokia bring out the new smartphones in the market, Micromax does not want to stay behind and a new canvas series phone is announced by the company after a gap of every few days. During the third week of May, Micromax announced two budget smartphones, namely Micromax A111 Canvas Doodle and Micromax A88 Canvas Music meeting the two specific needs of the buyers. The former is meant for the art lovers and the latter is meant for the music lovers. We have already discussed Micromax A111 Canvas Doodle at this website, a few days ago. In the following paragraphs, we shall discuss the features, specifications, review, price and availability of Micromax A88 Canvas Music.

Micromax chose the right venue and occasion for the launch of Micromax A88 Canvas Music. As the name of the smartphone indicates that the phone will cater to the needs of the music lovers, the company launched this phone on May 16, 2013 at Micromax sponsored MTV Music Awards in Mumbai. The smartphone is provided with a dual SIM (GSM+GSM).

The smartphone comes with a 4.5 inches display size. The display type for the screen is TFT capacitive multi touch screen with 16.7M colours. The display screen resolution supported by this smartphone is 480 x 854 pixels.

The smartphone sports vibration and MP3 ringtones, has a loudspeaker and a 3.5 mm audio jack. There is a FM radio for entertainment. The video file format support is for 3GP, MP4, AVI(MJPEG) and the supported formats for audio files are MP3, Midi, AAC, Amr, Wav. Micromax A88 Canvas Music is supplied with JBL tempo headset free of cost along with the smartphone. You can enjoy the bass and every other type of music with this headset. You can pair your smartphone with over 3 lakh songs, which can downloaded free through MLive built-in app.

Micromax A88 Canvas Music comes with a 4 GB ROM NAND Flash Memory. Out of the internal memory of 4 GB, the user available memory is 1.97 GB. Externally, the memory is expandable up to 32 GB via a microSD card support. The smartphone has a RAM of 512 MB.

This smartphone supports 3G, GPRS, EDGE and Wi-Fi for internet connectivity. Bluetooth 4.0 and microUSB port is provided for easy data transfer from one device to another. The smartphone is also supported by A-GPS.

The smartphone has a primary 5 MP camera at the rear and a VGA 0.3 MP camera in the front. The primary camera has features like autofocus and dual LED flash. The camera supports image resolutions up to 1280 x 720 pixels. The video recording capability of this smartphone camera is 640 x 480 pixels @30 fps. The front camera will allow you to make video calls at VGA speed.

The smartphone comes with built-in apps like Fruit Devil, The Darkman, Hook up, M! Live and M!Zone+. The messaging is supported through SMS, MMS and Email.

Micromax A88 Canvas Music is equipped with 1800 mAh battery. It gives the user a talk-time of up to 5 hours and a standby time of up to 260 hours.

Micromax A88 Canvas Music has been very reasonably priced at Rs.10499 by Micromax. The smartphone is available at several online and offline mobile stores in India at Rs.8, 499/-. The smartphone is being sold at Rs.8, 499/- at Saholic, Indiatimesshopping, Snapdeal, Infibeam, Gadgets.in, Naaptol, Shopbychoice, Jeetle etc. Some of the online shops like Shopclues, Tradus, Hindbuy etc. have quoted a little higher price of the phone. However, if anyone wants to know the best price of the phone, one must make a search at price comparison websites like mobile.pricedekho.com, ispyprice.com and mysmartixprice.com. I compared and found that the best price of this phone is quoted at Rs.8,360/- by mirchimart.com. The next best price of Rs.8, 399/- is quoted by themobilestore.com. These prices were checked on May 22, 2013 at the time of writing this article and are subject to change by the sellers.

It is commonly observed that most the young phone users use the smartphones for listening to music. Micromax A88 Canvas Music will be the right choice for such young music lovers. The smartphone is worth buying at an affordable price of Rs.8499 or even below when you search for the best price of the phone. In addition to music features like facility for downloading over 3 lakh songs for free, the phone also provides all other smartphone features provided by a budget phone.


Read A review of Yu Yuphoria - How does it fare?

Very well detailed information about this Micromax phone. It is undoubtedly a great phone for music lovers. Good sound quality and good picture quality. It comes with a powerful JBL headphone thus ensuring superb sound quality. 512 MB RAM is low . I have recently bought this Micromax Canvas Music A88 from Naaptol at 8400.

I have a Micromax A88. The daul SIM is not supporting. Do anyone know how to make the dual SIM work on the Micromax A88? Please help me.