Look of the mobile
Samsung Galaxy Grand Quattro is one of the mid range smart phone. It can do multitasking. Using this phone you can even surf on one SIM while still receive phone calls on the other SIM. Juggling SIM cards is no longer a hassle. 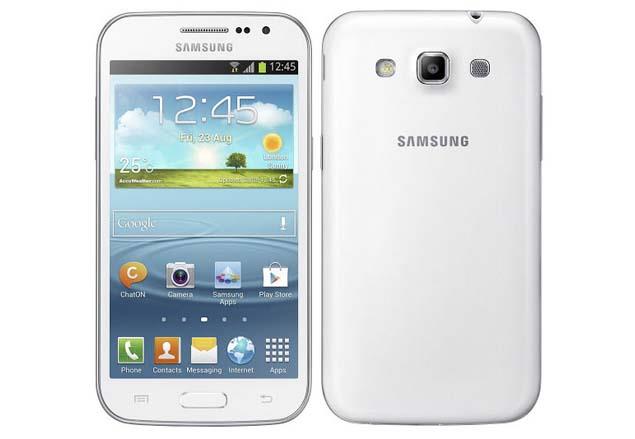 Processor
Galaxy Grand Quattro GT-I8552 is powered by 1.2GHz quad-core processor CPU which helps to handle all your applications. It has 1GB of RAM and the Operating System (OS) is Android 4.1.

Battery
The talk time is up to 11 hours which is very important while selecting a mobile phone as we need not charge it often. The maximum standby time is up to 210 hours. It has a powerful battery of Li-Ion 2000 mAh. You can also charge the mobile by connecting it to the PC/Laptop with the help of USB.

Camera
It has a 5MP camera. It has front and rear camera. The front camera resolution supports VGA and CMOS and the rear camera resolution supports CMOS. The camera has LED Flash and Auto focus. You can enjoy taking continuous Shot, Best Photo, Colour Effect and Scene Mode for enhanced photo-taking on this 5MP Camera.The other features the camera supports are Geo-tagging, Touch Focus, Face and Smile Detection and Image Editor.

Memory
It has an internal memory of 8GB and it can be expanded up to 32GB.

Sensors
It has various sensors like Accelerometer, Geo-magnetic, Light Sensor, and Proximity Sensor.

Other Features
ChatON helps you to get connected with your buddies based on their phone numbers through one messenger for texting with buddies as well as sharing videos, images and voice.
The device also offers Motion UI feature allowing gesture control of certain tasks like Shake to update, Turn over to mute and Smart alert.
Just shake your mobile to update the contents and by turning it over it instantly goes to mute. Smart Alert informs you of missed events like missed calls and new messages when you pick up the phone again.
The Easy Mode helps to access key functions such as favorite contacts, apps, dialer, etc, on the home screen.
Samsung Galaxy Grand Quattro with quad-core processor is available in two colours and they are Ceramic White and Titan Gray.