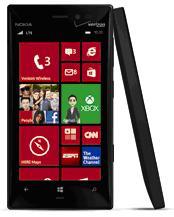 Nokia is one of the global leader in the world of mobile manufacturing. Nokia's 'Connecting People' slogan became very popular. And, its mobile products became part of the lives of the people around the world. For sometime, Nokia held the prestigious place of No. one mobile manufacturer in the world. Nokia was left behind with the entry of smartphones by Samsung, Apple, LG and other smartphone manufacturers. Nokia could capture back its market share of the feature phones by introducing Asha Series of its budget feature phones. Nokia entered the smartphones segment with its tie up with Microsoft and began manufacturing its Lumia series with Windows phone 8 as the operating system. Nokia has introduced about a dozen Lumia series phones operating on Windows phone operating system. Most of these smartphones priced between Rs.9,000 and Rs.16,000. Only three Lumia Windows 8 phones priced above Rs.17,000. That are Nokia Lumia 720 priced around Rs.17,500, Nokia Lumia 820 priced around Rs.22,500 and Nokia Lumia 920 priced around Rs.34,000. Nokia is continuing to progress in the manufacture of its Lumia Windows phone series with innovative features. So, as to re-emerge again from its lost position in the world of mobile phones market. The two new Nokia Lumia smartphones, which are making news these days are, Nokia Lumia 925 and Nokia Lumia 928. Nokia has put more emphasis in highlighting the camera features of 8.7 Megapixel primary rear camera of Lumia 928 with Xenon flash. Let us now discuss the features and specifications of Nokia Lumia 928, which will be available in the U.S. market from May 16 at Verizon Wireless stores and online for USD 99, after USD 50 mail-in rebate, with a new two-year customer agreement. The full price of Nokia Lumia 928 is likely to around $500 as indicated by Znet. However, it has still not officially confirmed.

Nokia Lumia 928 supports 2G GSM, 3G HSDPA and 4G LTE networks. We can use a single micro-SIM in this phone. The dimensions of this smartphone are 133 x 68.9 x 10.1 mm and the weight is 162 g. Nokia Lumia 928 is 23 g less in weight than its predecessor Nokia Lumia 920. The 4G LTE network feature will prove at the certain regions of the world like the U.S., which have a large spread of 4G networks. Of course, the Indian user will not use the 4G network connectivity very much, as the 4G connectivity is still not started in most of the locations in India. Nokia Lumia 928 has a sleek and solid appearance and fits perfectly in the hand.

Nokia Lumia 928 has a perfect display size of 4.5 inches to fit into your pocket or the grip of your hand. It has a WXGA, HD OLED capacitive multi-touch screen with 16M colors. This makes the screen display crystal clear and visibility better even for outdoor activities. The touch-screen is quite responsive even when your fingers covered up. The display supports Nokia PureMotion HD + ClearBlack display technology. Image resolution of 768 x 1280 pixels is superb with pixel density of 332 ppi. This smartphone protected with Corning Gorilla Glass 2 display screen. The sound features of Lumia 928 includes vibration, MP3, WAV ringtones, a loudspeaker, a 3.5 mm jack and Dolby headphone sound enhancement.

The internal memory of Nokia Lumia 928 is 32GB. However, there is no microSD card slot provided in this phone to expand the memory. This smartphone has a 1GB RAM for easy multi-tasking jobs and games play. Internet and data transfer connectivity features of this smartphone include GPRS, EDGE, Wi-Fi 802.11 a/b/g/n, dual-band, DLNA, Wi-Fi hotspot, Bluetooth 3.0 with A2DP, EDR, NFC and microUSB 2.0. These features are almost same as provided in the Nokia Lumia 920.

Nokia Lumia 928 equipped with an 8.7 Megapixel primary camera at the rear. It can support image resolutions up to 3262 x 2448 pixels. The camera has a high quality, wide-angle Carl Zeiss lens to give you a great looking pictures. The camera of this smartphone provided with Nokia's award-winning PureView imaging innovation with optical image stabilization. This feature enables the users to capture bright photos and videos without blurring, even in low light conditions, such as indoors or at night. To give you stunning effects of pleasant photography experiences in low light conditions, the camera comes with powerful Xenon flash. The rich and distortion free audio capture is possible even in noisy conditions. This smartphone has three high-audio-amplitude-capture (HAAC) microphones to record audio. It also has one of the most advanced speakers for playback up to 140 db of what you have recorded. The camera also supports some other features like autofocus, 1/3.2'' sensor size, 1.4 µm pixel size, geo-tagging, Smart Shoot, Cinemagraph, Photobeamer and panorama. The primary camera can capture high quality HD videos at 1080p @30fps with video stabilization and stereo sound recording. To give you the utmost satisfaction of video calling, Nokia Lumia 928 comes with a 1.2 Megapixel secondary camera, that is capable of recording video at 720p @30fps.

Like all the Lumia series phones of Nokia, Lumia 928 also runs on Microsoft Windows Phone 8 operating system. This smartphone empowered by a 1.5 GHz dual-core Krait processor supported by a powerful Qualcomm MSM8960 + WTR Snapdragon chipset. Adreno 225 GPU supports the graphics for your gaming pleasure. Lumia 928 supports sensors like accelerometer, gyro, proximity and compass. These features are almost the same as provided in Nokia Lumia 920.

Nokia Lumia 928 supports some more features like Wireless charging, SNS integration, Active noise cancellation with dedicated mic, 7GB free SkyDrive storage, Document viewer and editor, Video and photo editor, Voice, Memo, command dial and Predictive text input. You have an access to signature Lumia apps through this smartphone. You get intuitive and feature rich customizable 'HERE' experiences with it. There are HERE Maps, HERE Drive+, HERE Transit and HERE City. You can enjoy Nokia music with mix radio. You get unlimited streaming of free music playlists. You can even create your personal playlists and download for listening offline. The built-in wireless charger is a wonderful add up for this phone. Moreover, the Windows Phone Stores has more than 1,45,000 apps for the users to choose from. Hundreds of the apps added to this store almost every day. The Internet Explorer 10 makes everything faster and safer for the user while browsing internet. There is Microsoft Office Mobile integration to make the things simple for you.

Nokia Lumia 928 will be available in the U.S. at Verizon Wireless stores and online from May 16 for US$99 after a US$50 mail-in rebate. The contract agreement with Verizon will be for two years. For a limited period, the buyers will get a US$25 credit for Windows Phone apps and games. The full price of Nokia Lumia 928 has not been officially announced. But, taking into consideration, the price of its predecessor, Nokia Lumia 920, which presently sells in the Indian market for around Rs.34,000, it is likely that, the new Nokia Lumia 928 may be similarly priced. Nokia Lumia 928 is simply an update of Nokia Lumia 920 with an extra 4G LTE connectivity.

Nokia Lumia 928 considered to be an updated version of Nokia Lumia 920 with many common features in them like the display size, screen resolution, pixel density, Operating System, chipset, processor, GPU, memory, battery etc. The main difference is that, Nokia Lumia 928 has provided 4G LTE connectivity, which will benefit countries like the US, where the 4G connectivity is easily available. Lumia 928 is a light weight smartphone, which weighs 23 g less than Lumia 920. One more difference is in the display type. While Lumia 920 supports WXGA, HD OLED capacitive touchscreen, Lumia 920 has IPS LCD capacitive touchscreen. Coming to the camera and video features of the two phones, there is only a slight variation in the flash provided in the two cameras. Nokia Lumia 928 has Xenon flash, while Nokia Lumia 920 supports dual-LED flash. The secondary camera in the former is of 1.2 Megapixel, while the latter has 1.3 Megapixel camera. If we take into account some more features of Nokia Lumia 928, it will be a worth buying smartphone, if it sold at almost the same price in India, same as its predecessor Nokia Lumia 920.