Cons: Gameplay is nothing innovative than other Facebook HOGs. Have close resemblance to 'Rogues and Romance' published last year.

Jane Austen was a well known author who passed away long before in 19th century. Evidently she also had co-authored the 'Pride and Prejudice Zombies' by Seth Grahame-Smith in 2009. Now this hidden object game for Facebook shows up as Jane Austen Unbound. 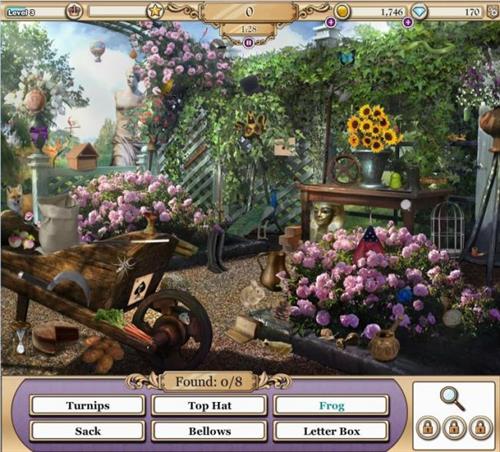 You are in the game to join Jane Austen and her characters where the gameplay is being set in Regency England. You play as a secondary character from the book written by Austen and your main objective is to solve the hidden object scenes by travelling from one location of Austen's book to another. You should even have a strong admiration to Austen as most of your interactions will be with various characters of Austen's work and if you are not a fan of her, then getting much out from Jane Austen Unbound will be very hard. Even though there are very few audience that are attracted to this kind of HOG niche, it is a great idea for Facebook and the developers to publish as these kinds of games are targeting specific audience alone. 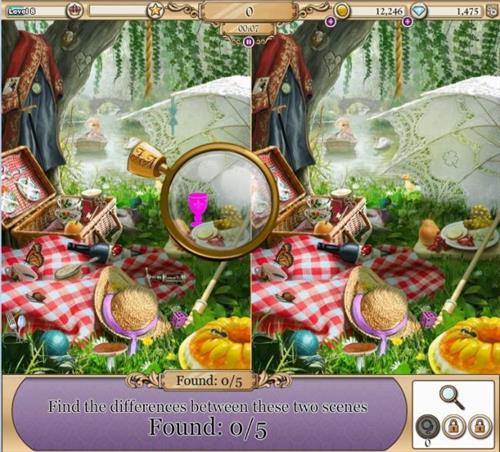 If you are playing to get the maximum thrill, then you will have to dig deep in Jane Austen Unbound game. The game features scoring combo points when the player finds out various items very quickly within hidden object scenes. As you walk through various levels, the game makes the levels even more challenging and whenever you undergo hard levels, take advantage of the magnifying glass, as it can be used to find elusive hidden items very easily. But use this powerful equipment wisely as it cost you much energy, once you are out of energy, you will have to wait until it gets recharged.

Like many other Facebook games that consume a lot of energy and forces the users to take rest within a short time, I guess 'Jane Austen Unbound' is also following the same. This makes you play your game for ten minutes before you get out of energy. The house-building segment within this game is yet another impressive feature that can keep you entertained and even build up some reputation for you. This special feature added to Jane Austen Unbound helps you gain access to even more scenes. These segments give a fun-filled gameplay and deliver a traditional isometric view of house in the form of 2D.

Finally, Jane Austen Unbound is not that bad a href="/articles/Hidden-Objects-Games.aspx">hidden object game compared to other traditional HOG in Facebook. You just need to be a great fan of Austen to make the gameplay even more interesting and you will not even care whether the game is a clone to Rogues and Romance or not. But on the other hand, if you are not that kind of person having love to Austen's works, then most probably you will leave the game before even clearing out one

Untold History: Descendant of the Sun gameplay, review and tips to play

Read the review of the new PC game Untold History: Descendant of the Sun and know what this game has in store for you. Go through the tips to play this hidden object game and get ready to enjoy it.

Get ready to enjoy a unique hidden object game for your PC! Read our review to know the details of the new game named Infected Twin Vaccine from Canadian developer Gogii Games. Following article will help you to know about features, pros and cons of this game.

Dark Manor is a hidden object game set in New Orleans in 1920s. The game is based on hidden object puzzles and town building style. In the game, you'll be guided by the two ghosts of your great ancestor's deceased wives, who lead you on a journey to restore your family's haunted manor in all of its ghastly glory.

Can I start Jane Austen Unbound over again?