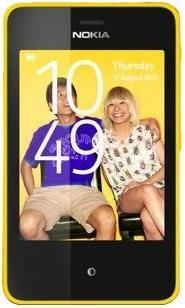 Nokia Mobiles, which once held the prestigious number one position by being a top company in the manufacturing mobile phones, is trying to redeem its position once again. This is the reason for adopting two pronged strategy. The first one is to manufacture the budget feature phones in Asha series, which it started during the last quarter of 2011. It has already brought out about 15 low priced mobile phones in its Asha series since then. Most of these Asha series mobile feature phones are priced between Rs.3500 and Rs.6000 except Nokia Asha 311 priced around Rs.6500 and Nokia Asha 303 priced around Rs.7400. The second strategy of Nokia to stay in the limelight, is to manufacture Lumia series smartphones with high end features running on Windows Phone 8 operating system. The latest in the Lumia series, which will be entering the market this month, are Nokia Lumia 928 and Nokia Lumia 925. Nokia has already created a name for itself once again with its Nokia Lumia 520, 620, 720, 820 and 920 smartphones doing a good business in the mid-range and premier smartphones segment. The present Nokia Asha 501 has just been launched in New Delhi on May 9 in the presence of Nokia's global chief executive officer (CEO) Stephen Elop. The smartphone is going to be introduced for sales in June 2013 in about 90 countries including India. Nokia Asha 501 will be priced $99 (Rs.5350) plus taxes. This price is for the single SIM version. The smartphone will run on Nokia's new software Nokia Asha platform 1.0. It will allow users easy multi-tasking jobs between the built-in applications and the popular social networks. The best news for us in India is that Nokia will manufacture Nokia Asha 501 in India. Nokia's policy about its Asha series feature phones appears to be quite clear. Nokia 's main objective of bringing out mobile phones in Asha series is to offer its users affordable mobile phones incorporating some of the good features of the smartphones. It somehow is trying to blur the distinction between the feature phones and the smartphones. Let us now discuss the features and specifications of Nokia Asha 501. The readers can also have a quick look at the specifications in the table given along side the textual details.

Nokia Asha 501 supports 2G GSM networks. It has a provision for an optional dual micro-SIM. The uniqueness of this feature phone lies in the fact that the user can exchange the second SIM card without having to remove the battery. The dimensions of this smartphone are 99.2 x 58 x 12.1 mm. Asha 501 weights 98.2 g. The design of this smartphone appears to be inspired by the Lumia series of Nokia. One has to just give a double tap to wake up the phone. In addition to the Fastlane home screen, the other home screen is for app drawer. In the Fastlane, the user is shown the currently running apps and also the messages and notifications that are received.

The display size of Nokia Asha 501 is 3.0 inches. The display type is TFT capacitive touchscreen with 256K colours. It has a multi-touch screen up to two fingers. The screen resolution is 240 x 320 pixels. The pixel density is 133 ppi. There is a new interface, which has its focus on swipe events. It has new feature called Fastlane.

Nokia Asha 501 has an internal memory of 128 MB. Externally, the memory is expandable up to 32 GB via microSD card. A 4 GB card comes along with the phone when you buy it. It has a 64 MB RAM. The sound features include vibration and MP3 ringtones, a loudspeaker and 3.5 mm jack.

The internet connectivity is supported by GPRS, EDGE and Wi-Fi 802.11 b/g. The data transfer is performed by Bluetooth 3.0 with EDR and microUSB 2.0. There is only one camera of 3.15 MP. It has an image resolution of up to 2048 x 1536 pixels. The video recording capability of this camera is QVGA@15fps. Nokia Asha has made provision for 2G connectivity because most of the regions in the world still depend on this slow

In this article, I am going to highlight the features, overview and technical specifications of Nokia Asha 501 which was announced by Nokia recently. Please read the below article to know about its details.

Nokia asha 501- Whatsapp or Whatsapp Not

This will help the users to make a strong decision whether to buy this phone or not by removing their confusion about the support of Whatsapp. Nokia Asha 501 is going to be the choice of the people when it becomes compatible to use Whatsapp.

Are you looking for Nokia Asha 501? Here we give you the complete features and price of this latest device from Nokia which is Nokia Asha 501. Read more and find the full specifications and its pros and cons.