Pros and cons
Pros: Simple but effective interface. Fun-filled gameplay along with a wonderful leaderboard system.

Cons: The game is far away from originality. Doesn't feel much integrated with social platforms.

Don't feel surprised by the similarity if you already had played the famous game Backyard Monsters. Yes, it is true, from the first boot itself, War of Mercenaries has a great resemblance to the above mentioned game. It is not the end, as the game even looks similar to that of Clash of Clans, that has been recently published by Supercell. Basically, War of Mercenaries is a city building strategy game for Facebook that features a thrilling gameplay which offers you the most amazing experience in battling against other players in real time. Your main objective in this game is to build your own kingdom. You can also take the advantage of leaderboard and compare your skills against other players all around the world.

Even though War of Mercenaries features an impressive level of visual effects, it lacks much originality compared to other great games. This is a great frustration to those who are really looking forward to dig out maximum from this game. But this problem is reduced up to a certain level as the game offers enough enough features in its simple gameplay. Apart from building your city and protecting it from other players, you also need to keep your attention on the other parts of the game like resource generating structures. War of Mercenaries has another impressive feature by which you can strengthen your defensive structures with use of units like Pharaoh Warriors and much more, which can be unlocked within the game. These units are very powerful such that even the Khamikazees can be completely destroyed by them. 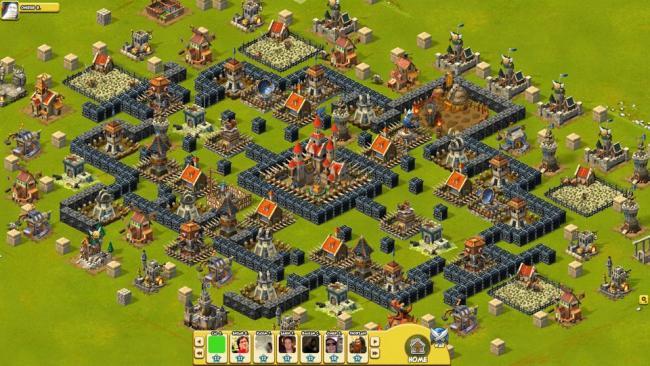 Another great feature to be noticed in War of Mercenaries is the ability of player to create their own troops. They even can hire troops from recruiting station to save time which would have been spent in creating their their own. These troops can be then deployed to other side and destroy what they have got. Deploying troops to destroy other cities can be done very easily by just placing them on the ground. You can even unlock more specialized classes to get access to the powerful troops. The same game mechanics can be followed in order to make a defensive arrangement on your side.

Tips to play War of Mercenaries

While playing, there is another thing that you need to take care of: protect your city by surrounding it with wall. This simple defense strategy is neglected by many players and this may result in being attacked and they will despoil the resources from you. Defending your city with a surrounding wall will force your enemies go through deadly situation. On the other hand, find out and attack the cities that has spent less time than yours, this will not only lead you to victory, but also you can completely loot them out.

Usually, the actual procedure behind building your city involves completing various quests but War of Mercenaries give you an alternative way by which you can skip those time consuming process and build your city fast with the use of premium currency. This can be very helpful in drastic situations like building city requires post from your friends, demanding social gifts etc. But skipping out these quests may result in empty tokens, so use it wisely.

While compared to what you experience in Clash of Clans, War of Mercenaries really frustrates its players with high social demandings. The game still worth playing for trying it out as it keeps you entertained with much more updated features, in-game units and better building structures, than that of Backyard Monsters.