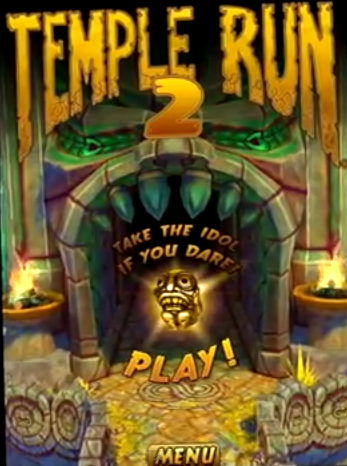 Temple run, an android game developed by Imangi Studios has created a sensation in the android market. Temple run is available for free in the android market. Game is also available on Iphone and Ipad. After Temple run, the developers have improved the game options and now released another version as Temple run 2 which is also the most favorite game in the market. The game has been rated 4.85+/5 till date. Temple run 2 playing method is similar to the first but few additional elements have been introduced in this second version. In between Temple run Brave was introduced but after releasing Temple run 2, Brave has gone sore. 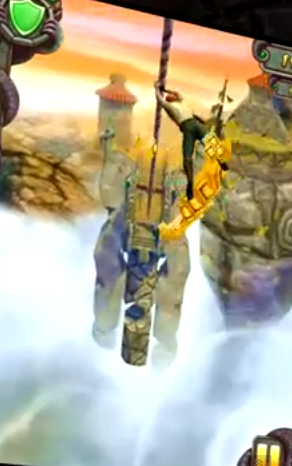 Temple run 2 is a game where Joe will be running on an endless path passing through the obstacles coming on the way. The player has to slide left and right, jump, bend and make Joe to collect all the coins. The player will be exploring all the paths throughout the game. The obstacles in between might be like sliding on ropes or spikes on the ground or controlling his mine cart. The mine cart, different colored gems to collect, currency to buy another life are the new elements introduced now. 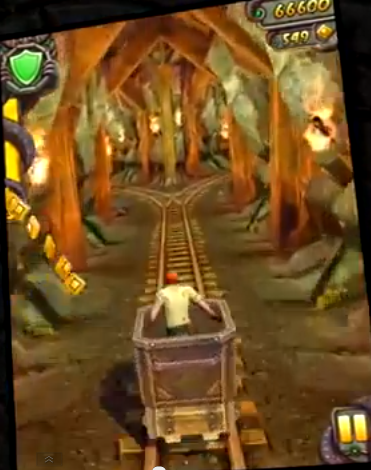 Firstly the player should know about all the options which are to be used by him to play the game. When the game starts you find Joe (the player or You) start running to save his life from an ape. From there the player should start collecting all the coins coming in his path. On the screen, you will find a "Shield" picture, number of coins collected and the number of meters you have run. The shield meter increases with the coins you have collected. Once the shield is complete, you can use it to save yourself from few obstacles. You can even check the number of coins and meters you are done. 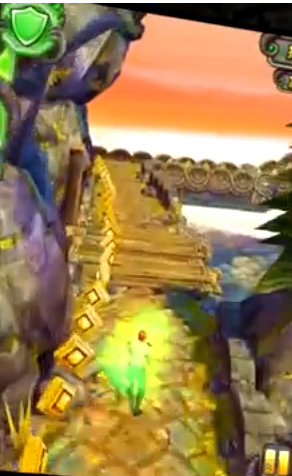 You have 4 options to be safe from the obstacles like, swipe upwards to jump; slide downwards to bend; slide right to move right and slide left to move left. You can turn around the mobile to bend in any direction to collect the coins. After running for some distance, the player gets into a mine cart and move on the rails. You will be facing the obstacles in the cart as well. But the player should be careful to ride the cart, as it isnt that easy as running. Should be careful while tilting the phone. The player might fall off the cart. 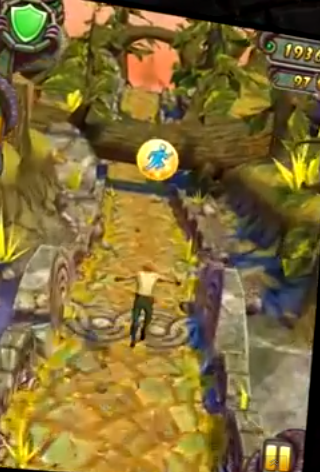 The collected coins can be used to upgrade the levels and the abilities to get more elements to be safe. Whenever the player dies, he can see an option "Save me". This costs few color gems and get a life. Game upgrades helps you to improve your game like, "Shields" helps you in protecting from obstacles like fire; "Magnets" would help in collecting the coins easily; "Distance boost" help you to jump over few meters easily. To win the game you need to concentrate on coins and distance. First boost up yourself with upgrading all the abilities and then try to beat your friends score.